KOLIYA DEVDAHA SACCOSS is an autonomous association of persons united voluntarily to meet their common economic, social and cultural needs and aspirations through a jointly-owned and democratically controlled enterprise, following the seven principles of co-operative and with the goal of ensuring safe, secure, sustainable and affordable energy to its members, Koliya Devdaha Saving and Credit Co-operative society was established on 20thChitra 2075 B.S.

At the time of its establishment  there were not any banking organizations here, so it was set up with a Motto  of collecting fund from its members and  mobilizing it to raise up their life standard. Initially, it was run as “Devdaha Bachat Tatha Lagani Kosh” in 2059 B.S. Later it was registered as DEVDAHA SAVING AND CREDIT COPOPERATIVE Ltd in Division Copoperative office Bhairahawa Rupandehi in 2062 B.S.. Another copoperative  run as “Pragati kalyankari kosh” was active since 2061 B.S. and later it was registered as “KOLIYA SAVING AND CREDIT CO-OPERATIVE Ltd” In division co-operative office Rupandehi in 2063 B.S. .

The name “KOLIYA DEVDAHA” has a deep and wider relationship with “Ancient Koliya Republic” Koliya Devdaha is the birth place of Mayadevi the Mother of Lord Buddha and his step mother Prajapati Gautami and his wife Yasodhara. It is famous for maternal place of Buddha in the world . So the name Koliya keeps the historical  and religious significance. Realizing  its challenges as opportunities and learning from the history, this institution has crossed many ups and downs and has become successful to reach in present condition. 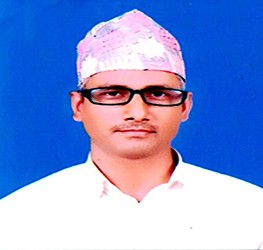